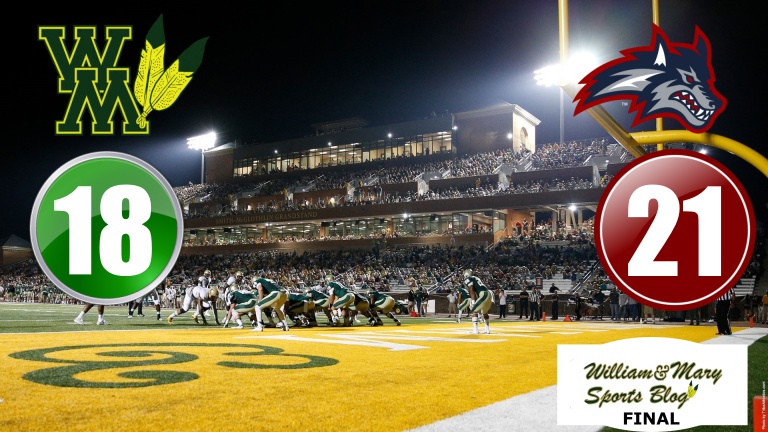 Ouch. That one hurt. A dismal first half, led to a near-historic comeback, only for your beloved Tribe to falter at the end in the absolute worst way possible. It wasn’t pretty. And although the final score did not end up in the good guys’ favor, there were naturally some bright spots. We saw resiliency out of this team that we haven’t yet seen this season. “Never quit” truly was the mantra today.

However, as with any loss, there were areas for improvement. Heading into next week’s contest on the road against a strong Elon team, the William & Mary Tribe will need to make some serious adjustments. Roll Tribe. 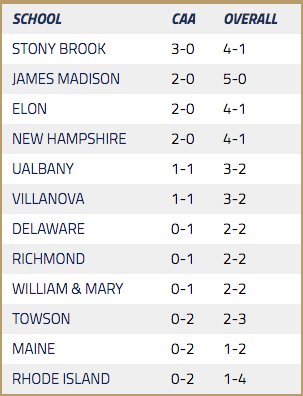 Albany narrowly lost to the Tribe’s upcoming opponent, the Elon Phoenix — who look much improved from a season ago. JMU knocked out Delaware in a closer-than-expected contest. Villanova unsurprisingly knocked out the lowly Towson Tigers, and New Hampshire rolled at home over Bryant. Maine’s game against UCF was cancelled/delayed, and the Rhode Island Rams fell to Brown on the road.

Your William & Mary Tribe travels to take on a strong Elon team next weekend in North Carolina. It’ll be a tough contest, and the Tribe will have to get off to a fast start. With some adjustments, we believe the Tribe can get the job done. Keep believin’ and LET’S GO TRIBE!!!