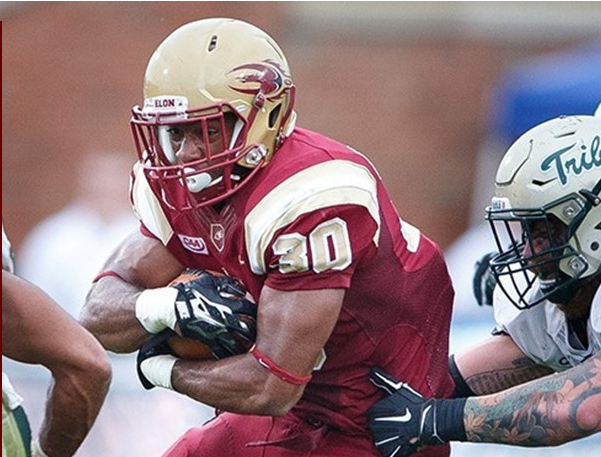 We don’t know what’s more shocking: the way the W&M game ended last week, or the fact that we just wrote that Elon is the 18th-ranked team in the country. As most know by now, W&M suffered a heartbreaking last-second loss last weekend. Despite being down 0-21, the Tribe battled all the way back (almost), driving into field goal range with 8 seconds to go, down just 18-21. However, a false start penalty resulted in a 10-second runoff, ending the comeback bid for the Green and Gold. This week, W&M looks to get back on track as the Tribe turns to the Elon Phoenix, a team coming off three straight wins over ranked teams, including a then-#6 ranked Richmond. The Tribe will certainly have its hands full in this one.

Elon has been the surprise story of the CAA so far this year, much like Albany last year. After a close 19-17 win over #16-ranked Charleston Southern, some wondered whether Elon winning that game was a fluke. But then the Phoenix reeled off two more wins, first over #6 Richmond and then against #19 Albany. Wow. The Phoenix are now undefeated in the CAA at 2-0, already surpassing their CAA win total from last season (by the way, their lone CAA win last year came against the Tribe…too soon…it still stings).

Five games into the season, the Phoenix have shown they can win in several ways. They can lean on their offense, as evidenced by high-scoring affairs against Furman (34-31) and Richmond (36-33). They can also win a game with their defense, as they did last week, defeating the Albany Great Danes by a score of 6-0. How’s that for an old school, defense-heavy football score? Refreshing, isn’t it?

Suffice to say, Elon has become a formidable force in the CAA this year. On the road, the Phoenix will pose a tough test for a young W&M team. Even still, they are beatable, and we are excited to see how our Green and Gold matches up on Saturday.

REVENGE! After last season’s upset loss at the hands of Elon at home, we expect the Tribe to return the favor on Saturday — this time, on their home turf. But let’s not forget, the Tribe could easily be 3-1 right now. If not for last week’s 10-second run off, the game against Stony Brook would have gone to OT. And with W&M garnering all the momentum, we’d be so bold as to say that the Green and Gold would have pulled that one out. And if that had happened, the Tribe would be ranked this week. With that in mind, we see W&M getting past Elon this week. The Phoenix are a good team, don’t get me wrong. But all W&M has to do is stop Malcolm Summers (easier said than done, but doable). To get the job done, we believe 38-year veteran Jimmye Laycock will have a solid game plan this Saturday. On top of that, Elon’s defense ranks 11th (out of 12) in total defense, 9th in pass defense, and 11th in rush defense. As such, we expect the W&M offense to squeak out enough points in this one to win it. Do you believe? LET’S GO TRIBE!!!