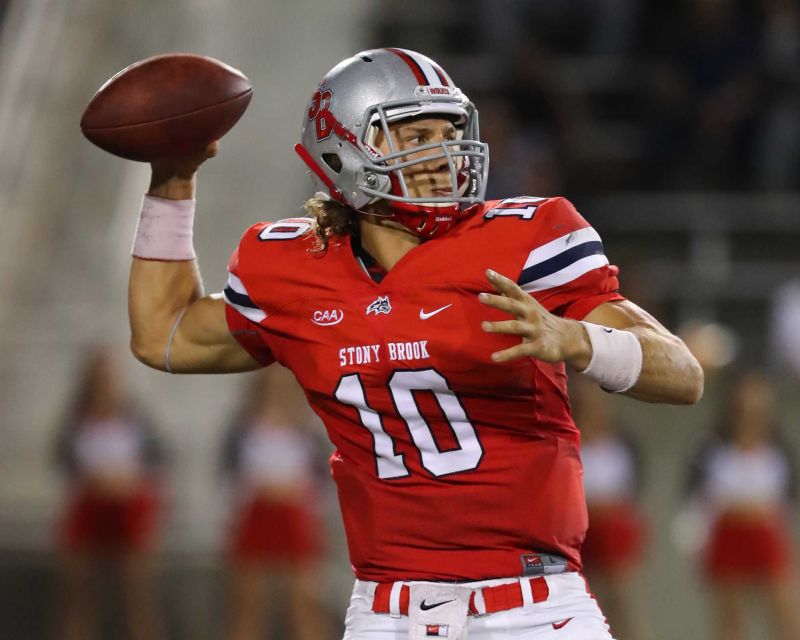 Coming off last week’s bye, W&M has had two full weeks to prepare for the upcoming CAA-opener against Stony Brook. We could not be more excited for the Green and Gold to finally lace ’em up in CAA play. Stony Brook proves a formidable foe, sitting at 3-1 with their only loss coming to #18-ranked USF — a game in which Stony Brook led at the half. While the Seawolves have been known for a stout defense in recent years, it is their offense that is getting it done this season, averaging around 30.5 points per game. Ultimately, this game will be good test for a young and talented Tribe defense.

To scout the Seawolves, we here at the W&M Sports Blog recruited the Stony Brook Sports Blog (Brookland). If you get the chance, check them out here! It was great doing work with these guys; enjoy their responses!

First we just wanted to start with a question about you. How long have you been writing a sports blog for Stony Brook? When was it established? And how did it come about?

Brookland launched in the summer of 2012, just as Stony Brook was starting to make a bit of a name for itself in college athletics. Men’s basketball had strung together a few good seasons, football had won several conference championships, and the week that the site first went live, the baseball team began an improbable run to the College World Series, a story that made national headlines.

In the five years since, I’ve tried to find a happy medium between operating as a pure fan site — one whose sole purpose is to be a cheerleader — and a news site that provides useful (and therefore sometimes critical) insight and information about Seawolves athletics. And I think our readers have come to appreciate Brookland as a place where you can get a bit of both.

After starting 4-0 in CAA play last year (including a huge upset against Richmond) and looking poised for a playoff berth, Stony Brook lost their final 4 CAA games, and missed the playoffs. Why do you think that Stony Brook finished so poorly after such a strong start to the season?

There were a couple of factors at play. First, we lost our starting quarterback midway through the second of those four straight losses, a game against William & Mary as it happens (THANKS A LOT, GUYS.) Joe Carbone (#10) was never the focal point for the Stony Brook offense last year, but any time you lose your playcaller midway through a season, it disrupts the entire offensive unit. None of the guys who stepped in under center had any real experience leading an offense, and it showed through the final stretch of the season.

But more than that, I think we saw a bit of a regression to the mean in the second half of last year’s CAA schedule. Our defense has been very very (very) good for several years, but a stellar defense can only get you so far in a conference as deep as ours if you don’t have at least an average offense to go with it. If you look at Stony Brook’s four wins to start conference play, none of them were particularly convincing. Against Rhode Island, arguably the weakest team in the conference, it took Stony Brook three and a half quarters to put points on the board. At Delaware, Stony Brook benefitted from five turnovers. Even the Richmond game! It’s almost hard to believe looking at the final score (42-14 in favor of the good guys), but Richmond had more yardage in that game than Stony Brook, and by a fairly wide margin.

Obviously Stony Brook did enough to win those games, but there were enough red flags that when the collapse did ultimately happen, it didn’t come as a complete surprise.

A team known for its defense in recent years, Stony Brook is just the middle of the pack in total defense in the CAA. Contrarily, Stony Brook is 4th in the CAA in scoring offense, averaging 30.5 PPG. Is this year’s Stony Brook team more reliant on the offense as opposed to the defense? What has led to this large offensive production?

Yeah, this is a very different look for the Seawolves so far. The offense hasn’t just been sub-par the last few seasons, it’s been downright bad. Stony Brook ranked at or near the bottom of the conference in virtually every offensive statistical category the last few seasons.

The uptick in production is I think owed to a few things, chief among them huge improvements from quarterback Joe Carbone (#10). That’s allowed Coach Priore and the offensive coordinators to open up the playbook a bit more, and additionally removed some of the burden on the running game, which has been the engine driving Stony Brook’s offense for years.

I think some of the statistical falloff on defense is simply because we’re still operating off of a relatively small sample size. They surrendered 365 yards to Rhode Island on the road in Week 2, but besides that, they held a Top 25 FBS team in South Florida to 339 yards, Towson to 265 yards and Sacred Heart to 206. That’s good enough for a 22nd-ranked total defense in the FCS, but it’s a testament to the depth of the CAA that Stony Brook is only fifth in the conference.

After throwing for just 1017 yards, 3 touchdowns, and adding 12 INTs in 10 games last season, QB Joe Carbone appears to have turned it around. In 4 games, he has thrown for 668 yards, 7 touchdowns, and just 2 interceptions. What do you attribute to this massive jump in production?

He’s definitely made some huge improvements in his game during the off season. The biggest one I’ve seen is that he’s making smarter passes and placing the ball better. The 12 interceptions last year were overwhelmingly of the rushed throw variety, where he tried to bail out of a play when the pocket collapsed by forcing off-balanced throws.

So far this season, he’s placing his passes better, putting them where only his receiver can make a play on the ball. He’s misfired on a few passes to open receivers, but he’s playing smarter and not trying to do too much with the ball. It helps to have a talented and experienced group of receivers, too.

Aside from QB Joe Carbone, who are the Offensive players W&M should watch out for this coming week?

Even with the improvements under center, Stony Brook is still a run-heavy offense. Priore has a trio (or even quartet) of running backs that he cycles through prodigiously every week. Stacey Bedell (#21), Donald Liotine (#33), and Jordan Gowins (#23) all get touches most games, and Sherman Alston Jr. (#3) sees significant action, too. Spreading out rushing duty allows Priore to keep his backs well-rested into the fourth quarter, and we’ve seen in recent weeks the benefit of having fresh legs out there late in games.

Among receivers, Ray Bolden (#13) is Carbone’s top target. He had a slow Week 1, but since then he’s put up some big numbers. Like the running game though, Carbone’s been good at spreading out the passing game. Donavin Washington  (#5), Harrison Jackson (#83), and Cal Daniels (#45) have also hauled in touchdown grabs in the last two weeks.

In the same vein, who are some Defensive players that W&M will need to keep an eye on this week?

The biggest name of the bunch is probably Tyrice Beverette (#6). He’s a CAA preseason All-Conference pick, and he’s played like it so far this season after racking up nearly 100 tackles in 2016. Noah McGinty (#41) and Shane Lawless (#35) are also seemingly involved in every big defensive stop this season so far.

Downfield, quarterbacks throw towards Darin Peart (#1) and Travon Reid-Segure (#2) at their own risk. They each have two interceptions on the season so far, and have done a good job of limiting the damage on deep balls this year. And then of course there’s special teams, which has already blocked two punts for touchdowns on the year and disrupted several others as well.

What do you see as the Seawolves’ biggest weakness this season?

I think the biggest question mark still out there is how Stony Brook holds up against the top tier of the CAA. Our three wins so far have been convincing, but they’ve also come against teams that were picked to finish at the bottom of the conference. On the offensive side of the ball in particular, it remains to be seen how this team will respond to stingier defenses. The easier part of our CAA schedule is behind us, with games against Richmond, New Hampshire and Albany still to come.

As for weaknesses, Stony Brook has been somewhat susceptible to big plays early on in drives. We’ve already seen two touchdowns of more than 60 yards surrendered by Stony Brook this season, and several others nearly as big. Safety Chris Cooper (#17) just barely saved a third last week by chasing down a Towson receiver at the Stony Brook 2 yard line.

Stony Brook is 3-1 on the season, including 2-0 in the CAA. The Seawolves also played ranked USF very closely, even leading at half. Do you think that this is the year Stony Brook makes the playoffs (for the first time since 2012)? Do you have any win-loss predictions?

Sitting at 3-1, I do think Stony Brook is well positioned for a run to the playoffs. But as I mentioned earlier, we’ve yet to see the Seawolves match up against the top of the CAA this season, and the schedule only gets harder from here. Obviously seven wins is the magic number for consideration of an at-large bid, but who those seven wins come against is equally important. And yes, memories of last season’s 5-2 start weigh heavily on Stony Brook fans.

That being said, I am much more confident in this team’s playoff prospects than I was in last year’s. Looking ahead, Stony Brook still has four home games left on their schedule, which would bring them to 7 wins right there. Two of those home games come against currently ranked opponents though, so their road is hardly an easy one.

Knowing what I currently know about this team, I’d give Stony Brook a good shot at finishing the season at 7-4, which would be their best record since joining the CAA. But I don’t think 8-3 is outside the realm of possibility either, if they can stay healthy and remain productive on offense. 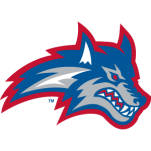