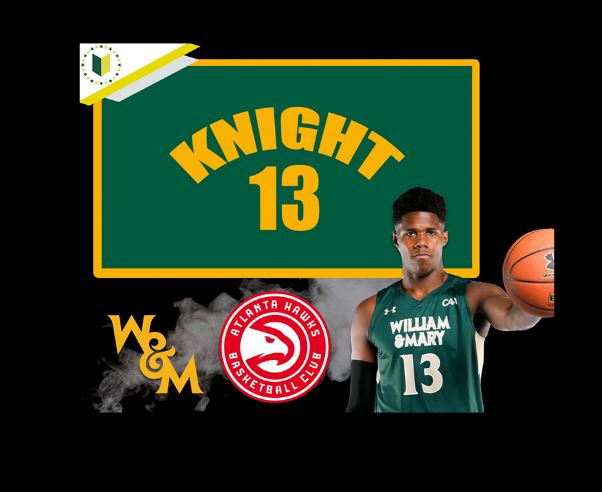 It’s not hyperbole to say that Nathan Knight is the greatest big man in William & Mary program history.

And today, he continues to make history, as he was signed by the NBA’s Atlanta Hawks.

Is it too early to call him the Knight Hawk?

With the selection, Knight has a chance to become just the third W&M player to ever play in the NBA, and the first since the 1980s.

That’s big news for a basketball program that’s been playing since 1905; yes, you read that correctly: 1905.

At W&M, the 6’10” Knight became known not only for dominating competition on the court, but he also became known for his academic pursuits off it.

His transformation into a true scholar athlete was one to behold — and is exactly what is expected of those who go through the William & Mary Athletics experience.

Let’s take trip down memory lane to remember just how great Nathan Knight was for William & Mary during his time in the ‘Burg.

A great place to start would be the Knight hype video below!

Below is a list of Knight’s career accolades listed on W&M Athletics website, largely coming from his senior year alone — one in which he tore up the CAA en route to both the CAA Player and Defensive Player of the year.