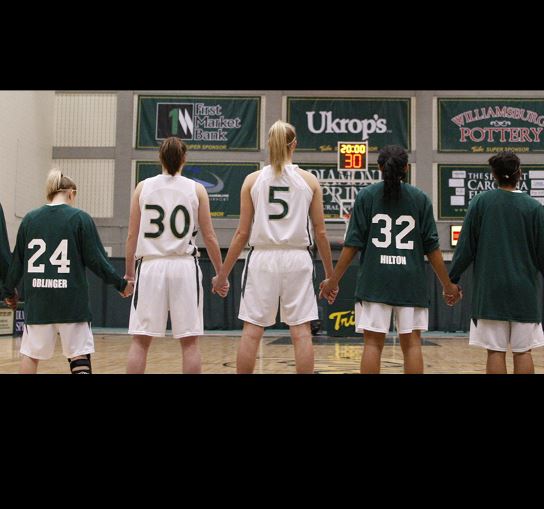 We used to hear it all the time. During games, on message boards, and from opposing fans — when would W&M ever move on from its two longtime head coaches?

But the crux of that question, which persists to this day, especially given W&M Athletics’ recent turmoil is:

What is the overarching goal of W&M Athletics?

…is it to win? … to develop student athletes? … to build community? … Does one factor outweigh the others?

In 2017, football was continuing to struggle under an aging Jimmye Laycock, and basketball had still never qualified for the NCAA Tournament under Tony Shaver.

Many fans and alums were upset with the perceived lack of success.

In professional sports, it’s typical to place an inordinate amount of blame on the Head Coach when things go south.

They are the first to go when the team under performs, and are typically designated as scape goats during a dismal season.

However, collegiate sports is, and should be, treated as a different animal from professional sports. Especially at William & Mary.

Below is an exchange we had way back in 2017 with an educated Tribe fan who offered some reasonable points and concerns on the matter.

The exchange led to some productive dialogue that we think is worth re-sharing with the rest of the Green and Gold community — especially now.

Tribe Fan/Loyal Blog Follower: Just wanted to get your honest thoughts on the status of Tribe football and basketball.

I️ follow every game as best I️ can and it’s been painful to watch this year to say the least.

Winless in the CAA and we haven’t scored more than 18 points in conference play [in football]… in Laycock’s tenure we haven’t even made a National Championship game even though numerous CAA teams have made the trip, and won.

Do you think it’s time to move on from Laycock?

Similarly, the same can be said of Tribe basketball who I️ feel like are on the same track as football this year [at the time this was written, W&M was 0-1 after a poor showing vs. High Point, falling 66-100 in the season opener].

The High Point game was supposed to be close and it was a blowout.

We lost two big stars [to graduation], lost two others to transfers, and still haven’t won a conference title which in a league of 10 teams is kind of embarrassing.

So I’ll ask the same: do you think Shaver is to blame? Like I️ said, I️ love reading your guys’ posts, I️ find them incredibly insightful especially since there isn’t a lot of information out there for these two teams.

You two would know best, so I’m curious to get your opinion if time to start getting tough on two coaches who seem to have cozy, safe positions! Thanks!

W&M Sports Blog: I definitely hear you on Laycock and Shaver; we hear that a lot. But while we think that yes, they need to step up their games, no, they should not be fired.

You have to remember that W&M is first and foremost an academic school. Everything else is completely secondary to that.

The goal of Tribe athletics is, yes, to win. But equally important is the recruitment and development of student athletes.

To this end, W&M has incredibly high standards for our athletes, just barely/if at all lowering academic standards for their admission (as I’m sure you’ve had several classes with Tribe athletes; you know how smart they can be. Especially relative to other schools).

And with that inherent handicap on both Laycock and Shaver, the two coaches’ success has actually been somewhat of a miracle.

Laycock is a surefire first ballot college football hall of famer who has cranked out a national semifinal appearance, multiple CAA Championships, and most importantly — several dozen outstanding graduates.

But when you look at what W&M emphasizes: uncompromising ethics and elite academics for its student athletes, it’s no surprise the amount of post grad success our athletes have achieved.

I’d also argue the same for Coach Shaver. We had been to the CAA Championship four times in the last ten seasons (almost half the time over the last ten years).

I’d argue also that we’ve been incredibly unlucky in those championship games, which amount to one game crap shoots.

We’ve also had multiple players go on to coach at the college level (Sean Sheldon at Michigan State and Julian Boatner, both currently Assistant Coaches).

In 2017, we were going to have another great shot at the CAA crown — but the transfer of two big time players (Jack Whitman and Greg Malinowski) hurt us.

My point is that, yes, we want Tribe Athletics to win. We want it as bad as you do, if not more.

But at the end of the day, we go to a school that has its priorities straight.

The two coaches we have at the top are high quality guys who recruit the highest caliber of student athlete we can possibly get.

Sure, we could make our teams better by severely lowering academic standards (as I’d argue most other schools do), but that’s not what will make our school better in the long run.

In the end, it’s incredible that Laycock and Shaver have even been able to do what they have done given stringent recruiting standards.

And we can’t think of anyone more deserving of an FCS National Championship (Laycock) or an NCAA Tournament bid (Shaver); they’ve earned it, and in them we trust.

Tribe Fan/Loyal Blog Follower: I️ appreciate your take! I️ think you put it well when you liken the two coaches to having a handicap placed on them.

To lower those standards especially at our smaller school would be a detriment in my opinion.

It’s good to know that two people closer to the teams speak so highly of the two coaches.

As a casual fan I️ definitely don’t get that kind of insight. I️ see two coaches who get close, and for lack of a better word, “choke.”

I️ would argue 0-4 in championship games would get you fired on most professional teams or even most powerhouse colleges.

But this is not the pros and I’m sure there’s more to the job to that we don’t see (recruitment, academics, boosters, etc).

So thank you for giving me a little reassurance, I️ just want to see a championship team ASAP, like you guys do, and I️ want the best people in charge to make that happen!

I’ll have to look in to the new recruiting class for basketball. Hope to see you at some games this season!