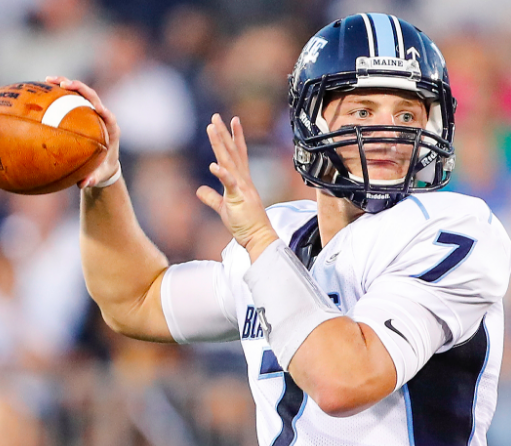 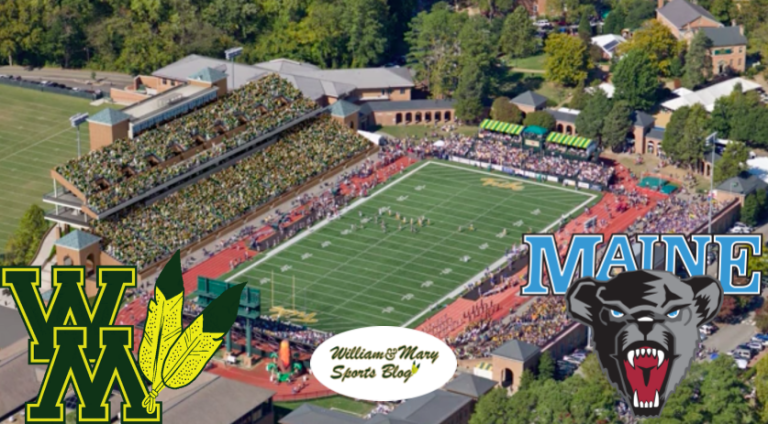 Homecoming Weekend has come and gone for the W&M Tribe, as has the the team’s bye week. Following a slightly horrendous start to the season that witnessed the Green and Gold drop its first three CAA contests to lowly Elon, a resurgent UNH, and a strong JMU team (all three games could just as easily have been W&M victories), the Tribe got back in the win column vs. the Delaware Blue Hens in Week 7. The victory marked W&M’s first win since Week 3, and provided the team with some much needed momentum going into the bye week.

After plenty of rest, extra practice, and time to reset themselves, we’re looking for a completely different Tribe team the rest of the way. With just four games left in the season, it’s been truly surprising to us that the offense has struggled as much as it has. What was once thought in the preseason to be the strength of this year’s team has perhaps become one of its greatest liabilities.

Currently, the team ranks 9th in the CAA in Scoring Offense (20.4 points per game), and toward the bottom of the pack in Total Offense per game at #8 (336.6 total yards per game). Thankfully, a revamped defense full of young studs has stepped up, currently checking in at #2 in the league in pass defense (allowing just 154.1 passing yards per game). But unfortunately, the defense also checks in at #11 for rushing defense (yielding a staggering 215.6 rushing yards per game). Despite the numbers, if the W&M offense can put it together and fully utilize all of its many weapons, the Tribe truly can contend with any team left on the schedule. However, it won’t be easy, as three out of the four opponents left rank in the top half of the league. Regardless, the tools are there, and anything is possible. We believe.

W&M has not played the Maine Black Bears since October 2013, almost three years to the date. In that game, the Tribe dropped a 34-20 contest on the road to a strong 6-1 Maine team. Maine racked up 420 yards of total offense, as quarterback Marcus Wasilewski threw for an efficient 192 yards, 2 TD, 0 INT, while also rushing 14 times for 71 yards. Maine running back Rickey Stevens also contributed by tallying 99 yards on 24 carries, including 1 rushing touchdown.

For the Tribe, QB Michael Graham got the start, going 5 for 17 with 58 yards, 0 TD, 0 INT before being pulled in favor of QB Brent Caprio, who finished with slightly better numbers (91 yards, 1 TD through the air). Running Back Kendell Anderson, then just a freshman, led the Tribe in rushing with 53 yards and a touchdown, while WR Sean Ballard led the Tribe receiving, with 3 receptions for 72 yards. At the half, Maine led 24-7. They never looked back; it was never really that close, as the Black Bears finished on top 34-20.

The Black Bears’ first three games of the season included loses to UConn, Toledo, and JMU (final score vs. JMU: 31-20). But since beginning the year 0-3, the Black Bears have been on an absolute tear. Beginning in week 4, Maine would go on to defeat Bryant, Delaware, Albany, and Rhode Island. All of these contests have been close games, as Maine has yet to defeat a team by more than 7 points this season. Two of their wins were by 7 points (Delaware, URI), the other two by 4 points (Bryant, Albany). But when it’s all said and done, all that matters is the win column, and the Black Bears currently sit 6th overall in the CAA with a 3-1 CAA record–easily within striking distance of a league title.

But how are they getting it done? We mentioned at the outset some of the Tribe’s rankings in certain statistical categories, but let’s analyze Maine. In terms of scoring offense, they rank in the middle of the pack at #7 (22.1 points per game). This is a team that doesn’t like to run the ball, as they check in at #10 in rushing (139.7 rushing yards per game). With that being said, they can sure air it out: Maine currently ranks #3 in the CAA in Passing Offense, averaging an impressive 214.6 passing yards per game. And with that stat, I believe we just answered your key matchup of this Saturday’s game: the #2 ranked W&M Passing Defense vs. the #3 ranked Maine Passing Offense. This will be a great matchup, and we predict that whichever team gets the better of it will come out on top.

Defensively, Maine ranks toward the bottom of the pack in the CAA. In terms of Total Defense, the Black Bears check in three spots below the Tribe at #10, allowing 402.7 total yards per game. There is no one area on defense that seems to be better than the other, as the team ranks #8 in Rush Defense (allowing 180.7 rushing yards per game) and #9 in Pass Defense (allowing 223 passing yards per game) respectively. If W&M’s defense can contain the Maine air raid, and if the Tribe offense can fire on all cylinders, the Green and Gold should be good to go this Saturday. It’s surely easier said than done, but is altogether possible nonetheless.

This will likely be a close game between a solid, upper-half CAA team and a struggling, recently-mighty CAA power. But in front of a home crowd hungry for a victory, we believe that the Tribe will come out on top this Saturday. If W&M can withstand Maine’s passing attack while putting up some points of their own, there is no reason that the Green and Gold will not prosper on Saturday. All eyes will also be on the Tribe offense in hopes of a strong, fast start. See you in Williamsburg, and LET’S GO TRIBE!!!