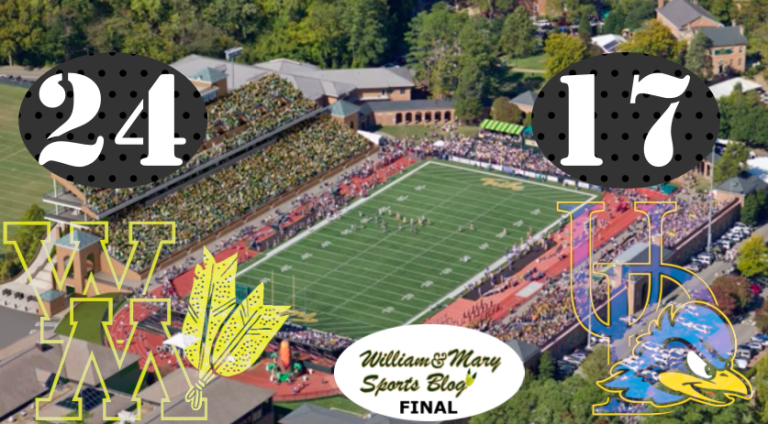 Two words: TRIBE WINS! It feels like an eternity since we last used the words “Tribe” and any variation of the word “win” in the same sentence, but boy does it feel good. On Saturday, William & Mary took revenge following last season’s loss to Delaware, this time defeating the visiting Blue Hens on Homecoming Weekend. The W marked the Tribe’s first CAA win this season. Moving forward, who knows what the rest of the season holds. But this win is exactly what the Tribe needed to gain some confidence and momentum to finish the season strong. Below we have our post-game analysis, featuring “The Good, The Bad, and The Ugly” from this Saturday’s game.

Albany lost its second straight CAA game, JMU pulled out a close one in Durham, and Richmond blanked Villanova. Stony Brook continued to impress in the CAA, and Towson lost a shocker to Dartmouth, who is now 2-0 against CAA opponents (defeating UNH earlier in the year).

JMU and Stony Brook remain perfect in CAA play, and Richmond showed their dominance by blanking Villanova. William and Mary moves up a couple slots due to its win over Delaware. All we can hope for at this point is for William and Mary to win out, and teams like Villanova/UNH to lose. 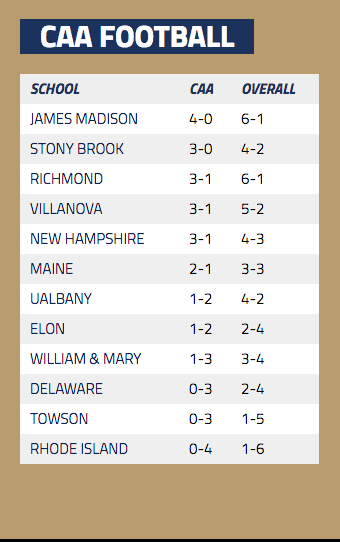 William and Mary heads into its BYE week before taking on Maine in 2 weeks. The BYE comes at a relatively good time of the year, as this team will get some much needed rest. The season is not over yet, but the team will need to be firing on all cylinders after the BYE to win out to have a shot at making the FCS playoffs. WE BELIEVE! ROLL TRIBE!