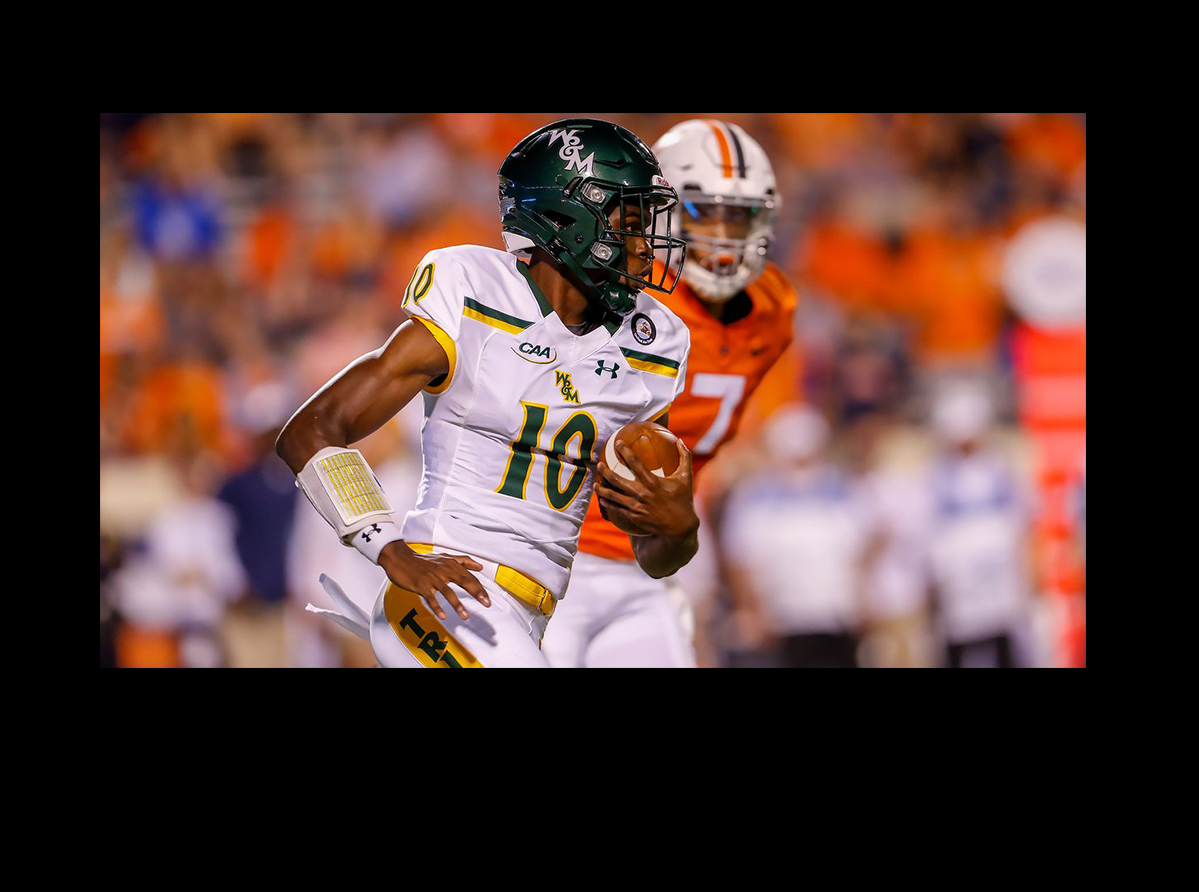 Last Saturday, William & Mary went on the road for its first game of the season against UVA. Long story short: it didn’t go well for the Tribe, as W&M fell 43-0. Ouch.

But let me explain with 3 simple reasons why this game means next to nothing for your beloved William & Mary football team this season.

Reason #1: This game was meaningless for the standings.

Yes, meaningless. I said it. And meaningless for both teams. Each season, William & Mary football takes on an FBS power early in the season — whether it be UVA, Virginia Tech, Maryland, and so on. For the teams involved each year, the game has absolutely zero impact on either team’s overall rankings; perhaps most importantly, the game also has absolutely nothing to do with either team’s ability to qualify for postseason play.

What’s important in these match ups is that W&M players are given the opportunity to play at least one game per season on the highest stage possible (potentially earning them positive exposure with NFL scouts), but more important for fans is that William & Mary comes away from these contests without any significant injuries (before heading into games that actually matter). And to our knowledge here at the WMSB, W&M did just that, with little to no major injuries reported following last weekend’s game.

Reason #2: FBS teams have natural competitive advantages over the FCS in all facets of the game, both on and off the field.

Now, hear me out. If you’re an avid fan (the simple fact that you’re reading this blog means that you likely are), you’re probably well versed in the major differences between FCS and FBS football programs. But I want to make something abundantly clear: casual fans (who make up the vast majority of sports fans across the nation), have absolutely zero idea what the differences are between FCS and FBS. In fact, it wouldn’t surprise me at all if the casual fan didn’t even know that FCS football existed.

Casual fans (e.g. the majority of freshmen at in-state schools like UVA and W&M) saw the game’s final box score and probably thought to themselves, “Wow, William & Mary has a terrible football team.” And to be honest, that type of comment would probably be the most ignorant statement any college football observer could conjure. And we’re about to tell you why. And let’s be real, that exact sentence was probably uttered in freshmen dormitories at both W&M and UVA this past weekend.

Let’s start by reminding folks what the actual differences are between FBS & FCS, so the next time you’re in a discussion about college football with said “casual” fan, you’ll be able to explain the facts (info courtesy of Fan Buzz):

Moreover, FBS teams include schools that have decided they want to spend a large portion of their school’s budget on massive football stadiums, over 20 more football scholarships than FCS schools (+25% in athletic scholarship expenses), massively increased spending on training facilities, increased spending on athletic staff, and incredibly large coach salaries, among many other expenses.

So you see, FCS schools typically have next to no chance of pulling off an upset before they even take the field. To see the W&M @ UVA box score and automatically think, “W&M football is terrible” is truly a laughable statement. Put simply, FCS schools have specifically made the decision to allocate less resources toward football, and to put more resources toward other parts of the school.

I’m not here to say whether one program (FCS vs. FBS) is always better than the other (indeed, the answer will be different for each school depending on the school’s specific wants and needs) — but I am here to say that W&M football’s season is far from over just because it was just blanked by UVA, an FBS school in the ACC. Far from it.

And last but certainly not least, William & Mary’s rising star and starting QB Hollis Mathis did not start on Saturday. If there were one real concern from this past Saturday for W&M fans, it’s that the team put up 0 points. True freshman Darius Wilson got the start at UVA, in what was his first-ever collegiate game — a tough task, to say the least. And while it still would have been an incredibly tough hill to climb had Hollis started, I highly doubt that the Tribe would have been completely shut out had Hollis been able to take the field. And to be fair, W&M did miss a couple potentially “makeable” field goal tries with Wilson under center.

One of the biggest headlines in this early season has been Mathis’ shoulder; coming off offseason surgery on his throwing shoulder, we suspect that W&M’s coaching staff is strategically holding Hollis out so that he’s 100% good to go when “meaningful” games begin in the near future. If push came to shove, and if W&M were starting CAA play this weekend, Hollis would probably get the start. He’s a gamer, and there’s no doubt that this team performs best when he’s on the field.

And while this coming Saturday’s game against fellow FCS school Lafayette is certainly more meaningful than the UVA game this past weekend, what’s most important for W&M is to get Hollis back by the start of CAA play on September 25, when William & Mary takes on Elon.

Either way, it’ll be interesting to see which QB starts under center this weekend. Will it again be Wilson, who would likely have a much better time against Lafayette than he did last weekend against UVA? Or will it be Cole Northrup, W&M’s grad student transfer from Lafayette? We’d be lying if we said we didn’t think seeing Cole play against his former team wouldn’t at least be an interesting proposition. Even if Wilson or Mathis got the start, it wouldn’t altogether surprise us if W&M offensive coordinator Christian Taylor drew up a play that involved Cole.

Or will W&M actually decide to start Mathis? Starting Hollis would give him a couple games under his belt before the aforementioned Elon game on September 25: this weekend’s game vs. Lafayette and next weekend’s game at Colgate. Whatever happens, William & Mary should be favored the next two weeks against two very respectable Patriot League opponents. Still think W&M has a “terrible football team?”

And yes, while casual fans across the nation saw the W&M @ UVA box score and laughed, this season is far from over; Mike London and the boys and ready to rock going into games that actually matter.