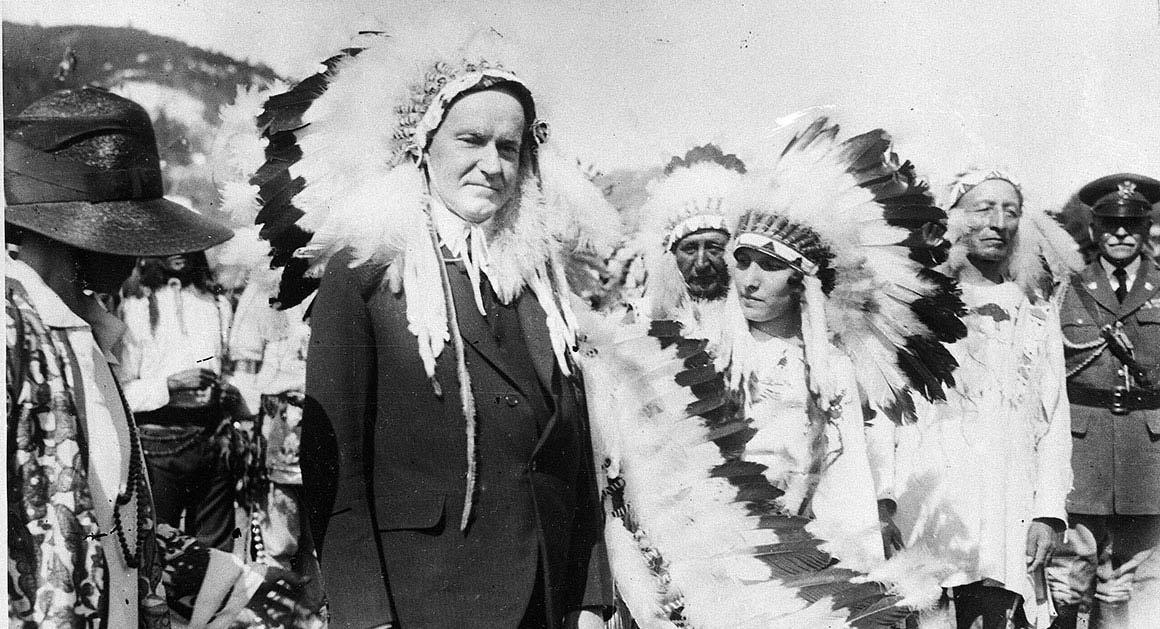 With everyone cooped up indoors going a bit stir-crazy due to the coronavirus (COVID-19) outbreak, we at the WMSB wanted to provide a welcome, Green and Gold inspired distraction; it didn’t take long for us to realize that there’s perhaps no better distraction than recounting timeless stories from William & Mary athletics’ historic past.

Over the next few weeks, we’ll publish (and in most cases, re-publish) timeless stories from W&M’s past, in hopes of helping you get through this #StayAtHome period we’re all now accepting as the new normal.

Be sure to check in every Tuesday and Thursday for the next few weeks for updated articles! And who knows, we might just distribute free giveaways in the process. #OneTribeOneFamily

As a point of reference, all of the below information derives from old W&M websites, Swem Special Collections, and other sources that we’ve unearthed during this process; we’re sure many of you remember and were part of these different eras, so feel free to send us a message or post a comment if you remember something particularly awesome from that period.

Okay, so maybe it wasn’t the Colonial era. But this is going pretty far back. In 1896, William & Mary’s football team (the first sport at the school) was called “The Orange and White.” Why? Well, because these were the colors the team wore.

However, it didn’t take the team long to realize that white is a terrible color to wear if you’re concerned about constantly washing and replacing dirty jerseys in the early 1900s. So W&M soon changed its uniform colors, and the team became known as “The Orange and Black.” Brilliant!

It was also during this time period that child mascots were a thing….what? For whatever reason, early football teams at W&M thought it would be a great idea to make actual kids their mascot; somewhere deep within the recesses of ancient Colonial Echo’s, you might even be able to find some examples (in case you were wondering, we had no interest in trying).

In addition to children, William & Mary sported “Dammit,” the campus dog, as a mascot from 1922-1926 (now that’s something we can get behind). Courtesy of a 1924 Flat Hat article, Dammit was used as both a mascot and an advertiser for W&M football games.

But the most interesting mascot from this time period may just have been an alligator. Yes, you read that right: an alligator. According to a Flat Hat article dating back to September of 1925:

“When William and Mary football takes the field tomorrow night against Catholic University, it will have a mascot in the ‘person’ of Cal. Cal, for the benefit of those who have not met his acquaintance is an alligator who measures 17 inches over all. Head Cheerleader Williams who secured Cal for this purpose states that the reason for his name is his unwillingness to say anything. Williams claims that since he bought him, Cal has not uttered a sound.“

Now, just why would anyone name an alligator (that doesn’t make any noise) “Cal?” Any idea? Yeah, we didn’t have any either. It’s a reference to United States President “Silent” Calvin Coolidge. Who would have known.

It was also during this time period that W&M first adopted the nickname “Indians,” specifically in 1915; the mascot was often drawn up as a Native American holding a knife and tomahawk.

However, even though it’s nearly impossible to pinpoint exactly how W&M officially adopted this nickname, William Durham Harris, a W&M student around this time writing for the Flat Hat, is thought to have created the nickname; we logically assume it had something to do with W&M’s history with Native Americans and the College’s Indian School.

And thus, W&M’s mascot history began, with small children, dogs, and alligators. Bet you didn’t know that before you read this article! But wait, there’s more.

This is when W&M became even more ingrained as the Indians. It all began with a pony named Wampo — deriving his name from “William And Mary Pony.”

Apparently, the pony had acquired its name through a contest on campus, in which Beverly Boone (we presume a student) won with her “WAMPO” submission. Thus, Wampo was born.

The pony, adorned with a man dressed in full Native American garb, was featured at each home game throughout the late 1930s and into the 1960s and beyond.

To add to Wampo’s legend, we dug up something special from the Swem Special Resources Center Wiki page:

“In 1937, a few days before William and Mary’s regular Thanksgiving Day football game with the University of Richmond, [Richmond] students kidnapped a pony they thought was Wampo who turned out to be a substitute pony.

Wampo was [also] stolen the next year from his stable on the evening of November 17, 1938. [W&M] Students organized search parties in an effort to recover the pony. After fruitless searching for the mascot, William and Mary students started bonfires in Richmond.“

WOW, who knew W&M students were so passionate about a little pony? But don’t worry, in the end, Wampo was discovered and returned home.

Ah, the famous (nay, infamous?) William & Mary feathers. Now, while the logo isn’t a mascot per say, its very existence is still quite important to the history of W&M’s athletics program. If you meet any Tribe super fans from this era, it’s highly likely that you’ll see them sporting the feathers until the day they die.

Though eventually deemed too controversial for use by the NCAA, the feathers at one time represented W&M’s rich athletic history and use of the “Indians” moniker. The “WM” with feathers logo first appeared on the helmets of the William & Mary football team in 1977, and were used for quite some time.

The following year, in 1978, Indian images were taken off the athletic logo and the term “Indian” was phased out. But even through all of this, the “WM” with feathers logo lived on as W&M began to adopt the “Tribe” as its primary nickname.

In fact, the logo was in use all the way up to the early 2000s, when W&M found itself at odds with the NCAA in 2001. The NCAA argued that the feathers were offensive to Native Americans. Suffice to say, the College disagreed. All of this came to an end when (per this Wiki page):

“In May 2006, the NCAA ruled that the old athletic logo for William & Mary, which includes two green and gold feathers, could create an environment that is offensive to the Native American community.

The NCAA decision irked many William and Mary alumni because Florida State is allowed to retain its nickname, the Seminoles, as well as its American Indian mascot (Chief Osceola) and imagery. The College’s appeal regarding the use of the institution’s athletic logo to the NCAA Executive Committee was rejected.

The “Tribe” nickname, by itself, was found to be neither hostile nor abusive, but rather communicates ennobling sentiments of commitment, shared idealism, community and common cause. The College stated it would phase out the use of the two feathers by the fall of 2007.“

During this period of transition, and as W&M continued its battle with the NCAA over a couple feathers, Colonel Ebirt was born. Famously coined as “Tribe” spelled backwards, Ebirt was more or less an amporphous green blob of a mascot that somewhat resembled a frog.

Funny enough though, Colonel Ebirt was fully adopted by the athletics department during this time, as he regularly attended games — that is, until the conclusion of the 2005-2006 season.

In 2009, W&M’s President, Taylor Reveley, appointed a committee to help the school select a new mascot for the College. After careful consideration of close to 1000 submissions, the committee assembled five finalists: a Griffin, a King and Queen, a Phoenix, a Pug, and the Wren.

Over 11,000 people completed a survey to help W&M select the winner from this eccentric list. We think you can guess who came out on top.

In April 2010, President Reveley announced the Griffin as the College’s new mascot, stating that the mascot symbolizes the College’s link between its historic ties to Great Britain (whose monarchy has used the symbol of the lion) and the United States (which uses the eagle as the national symbol).

Since the feathers/Griffin controversy, W&M’s athletic teams sported the cursive “Tribe” logo on most uniforms, and continued to do so — that is, until new W&M Athletics Director Samantha Huge completed a comprehensive re-branding of W&M Athletics’ marks and logos in July 2018. 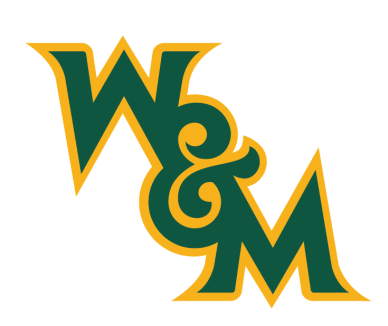 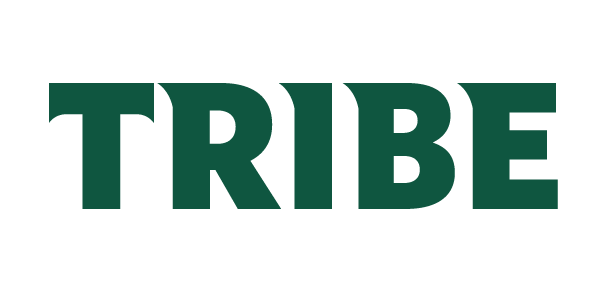 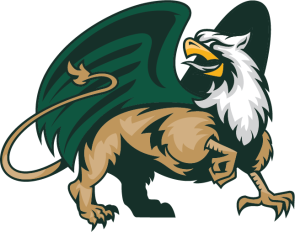 In an official press release announcing the new logos, the school explained:

“The Griffin illustrations expand upon the original mascot by introducing new ferocity to the logo. The re-energized Griffin represents W&M’s aggressive pursuit of excellence in competition, the classroom, and the community.

While the Tribe script logo will become de-emphasized, William & Mary Athletics remains committed to the nickname Tribe. The Tribe is a significant part of the ethos and culture both on campus and in athletics.

It stands for community and a group with common interests. The Tribe was first referenced at W&M to describe its athletics program in the 1920s and became the exclusive nickname in the early 1980s.”

So there you have it! W&M has a long history of athletics tradition, dating all the way back to the 1800s. In that context, it is perhaps unsurprising that the school has experienced several mascots throughout its storied history.

Say it with us one more time: Long live Colonel Ebirt!