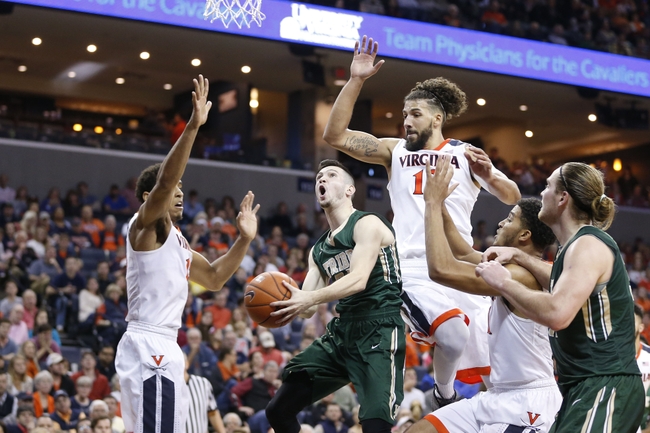 It’s been a rough couple of games. This past week, the Tribe dropped two crucial CAA matches, one at home to the Hofstra Pride and one on the road to the Towson Tigers. Both CAA teams have now swept W&M 2-0 in the regular season. It’s a tough pill to swallow, but we all know what really counts: the CAA Tournament. There’s still hope for the season in this year’s deep CAA, so keep rooting on your Tribe!

And before we begin the update, we wanted to direct your attention to a pretty cool article we published yesterday about the History of William & Mary Mascots. It offers a nice run down of Tribe history, dating all the way back to the late 1800s. Who would have thought an alligator was once W&M’s mascot? If you haven’t checked it out yet, we highly recommend you do so here!

So without further ado, here’s a look at this week’s CAA Happenings, as it concerns Tribe Faithful (compiled by Bill McDonald).

CAA STANDINGS: UNCW remains in sole possession of first place in the CAA at 12-2 after pushing its winning streak to a school-record 11 games with victories over Elon (86-82) and JMU (78-68) last week. The Seahawks’ two-game lead in the standings is the largest by any team this season. Hofstra also went 2-0 last week and moved into second place at 10-4. James Madison, Towson and The Tribe are tied for third at 9-5, while College of Charleston is 8-6 with four regular-season games to play. Top 5 matchups on Thursday include Hofstra hosting Towson, and UNCW traveling to Williamsburg.

UNCW’S WIN STREAK: UNCW’s 11-game winning streak is currently tied for the third-longest in the nation. The Seahawks trail only Stony Brook (18) and Yale (12), and are tied with Stephen F. Austin (11). The 11-game streak is a UNCW school record and is the longest by a CAA team since Delaware won 13 straight in 2014.

CLOSE GAMES CONTINUE: Of the 50 CAA games over the past five weeks, 22 have been decided by six points or less, including six overtime contests.

ROAD TEAMS: No home game is a sure thing again this season. Road teams have a 37-33 record thus far in CAA play. Eight of the league’s 10 teams have .500 or better road records in CAA play, including four squads that have at least five wins. All 10 teams have suffered at least one home loss in conference competition and only five have winning records.

LATEST RPI: Five CAA teams are ranked among the Top 100 in the latest RPI report. William & Mary leads all CAA squads at #59, followed by UNCW at #64, Hofstra at #76, James Madison at #82 and College of Charleston at #94. The CAA is ranked #9 among the nation’s 32 Division I conferences.

UNCW RANKS NATIONALLY: UNCW ranks seventh nationally in turnover margin (+4.4 tpg) through games of Feb. 14. The Seahawks are forcing 15.7 turnovers per game, which ranks 19th in Division I, while committing 11.3. UNCW is also 28th nationally with 8.0 steals per game.

Junior Omar Prewitt scored a team-high 25 points against Hofstra and 20 points at Towson. He’s scored 20+ points 11 times this season, including the past four games.

Junior Daniel Dixon, who has struggled a bit of late, had 15 points at Towson. He still tops W&M with 60 treys on 36.8% shooting.

Senior Terry Tarpey had 15 points and 8 rebounds at Towson. He’s scored double digits in 10 of his last 12 games, ranks 4th in the CAA in rebounds, 1st in steals and 2nd in blocks.

Senior Sean Sheldon is shooting 59.6% from the floor for the season.

Freshman Hunter Seacat showed well against Hofstra. He had a career-high 8 points against HU and then 5 points at Towson.

After some struggles early on, the Tribe is now the best Free Throw shooting team in the CAA at 71.6%.

Notes on this Week’s Opponents

The Seahawks increased their school-record win streak to 11 by beating Elon (86-82) and JMU (78-68) last week. Reached the 20-win mark for the first time in eight years.

UNCW is the top scoring team in the CAA at 81.8 points per game. They are outscoring their opponents by almost 10 points a game (9.8).

The Seahawks lead the CAA in steals with an 8 per game average.

The Dragons suffered setbacks to Delaware (69-60) and Northeastern (70-60) last week. The Dragons are averaging only 62.0 points per contest.

6’7” Sr. Guard Tavon Allen leads the Dragons in scoring at 12.3 points per game. He also hands out 2.0 assists per game.

6’7” G-Sr. Forward Kazembe Abif contributed 11 points and a team-high 7 rebounds at UD. He’s scored double figures in 6 of the past 8 games.

6’2” So. Guard Rashann London scored 12 points and didn’t commit a turnover in 35 minutes at UD. He added 8 points at NU. 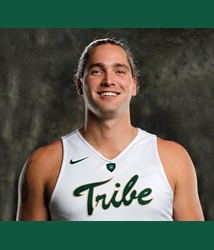 Big showdown Thursday night at The Kap, as the 1st Place Seahawks roll into town. The Tribe will have to play better, and more consistently, on defense to pull off the win. UNCW will look to run early and often. This should work for the Tribe as well, as both score efficiently in the open floor, but W&M’s set offense is a little better than the Seahawks’. The Tribe will need to prevent the breakaway scores and rebound strongly.

Saturday will be Senior Day for Terry and Sean. It should be a nice send off for a couple of guys who have meant a lot to the program. Hope there is agreat crowd in attendance for the farewell. The Tribe needs to just take care of business in this one. Get out early and don’t let the Dragons hang around.

Final Thought: The Tribe has allowed an average of 81 points per game in the past two losses. That needs not to happen this week (especially on Saturday), if they want to stop the losing streak.

Till next week, Go Tribe!