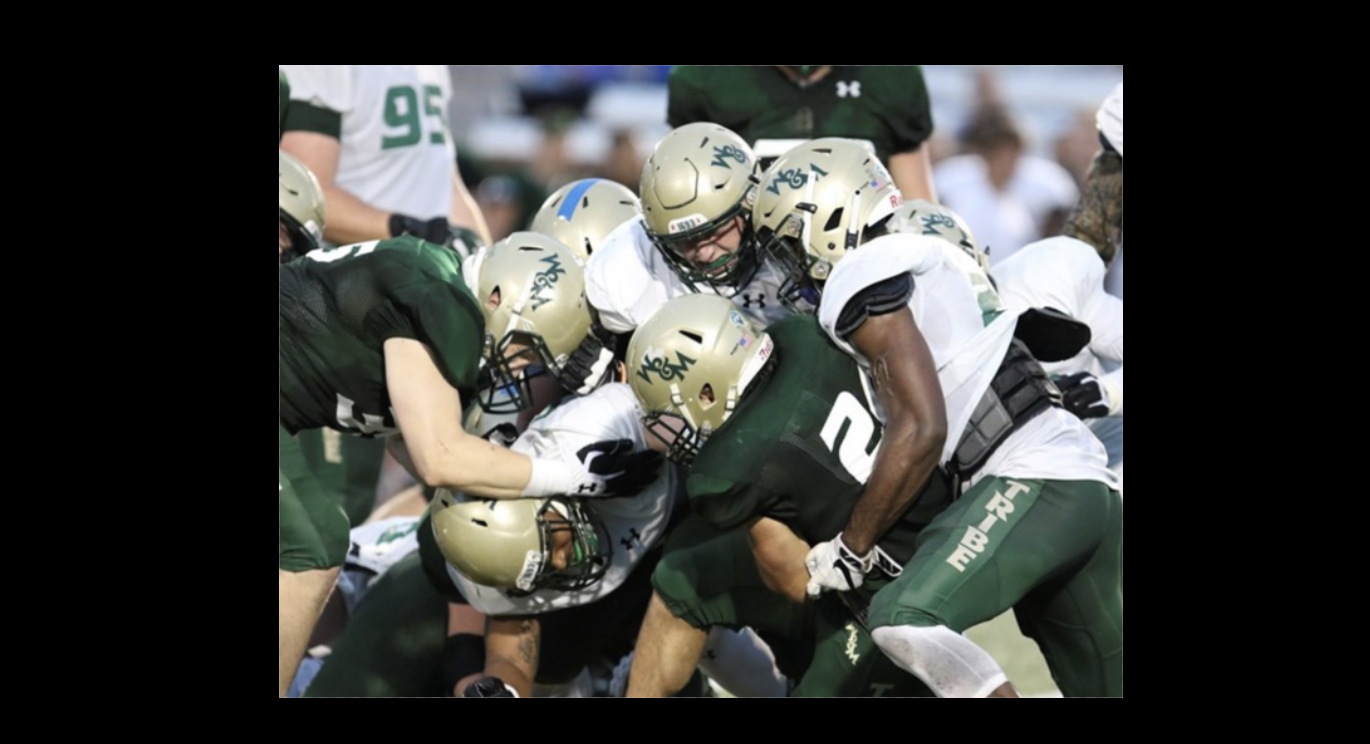 Following our article last week, profiling the 2019 version of W&M’s offense, we now turn to the defense. And very much like the offense, the W&M defense has plenty to prove this season.

But with several stalwart players returning at all three levels of the defense, the Tribe finds itself more than ready to improve upon last season’s numbers.

As alluded to above, last season wasn’t pretty — both for the W&M offense and for the defense. Among the major defensive categories listed below, the Green and Gold found itself ranked no higher than 5th, and as low as 11th (out of 12 teams).

With that in mind, there’s nowhere to go but up. But who’s in charge? Which man is tasked with leading this unit to the promised land? Here’s a hint:

If you weren’t sure who was pictured above, we don’t blame you — but it’s time to learn here and now — because he’s the new face of the W&M defense.

Brown will bring a new standard to the defense this year — known as a hard-nosed linebacker with a knack for the ball, Tribe fans should expect a varied defensive front with multiple looks.

Given Brown’s experience playing at the highest level from the linebacker position, it would seem that the Tribe’s incumbent linebackers, e.g. Nate Atkins and Arman Jones, are primed for career seasons in the ‘Burg.

And after a season that saw the Tribe rank 2nd-worst in the league against the run last year, that should be welcome news to Green and Gold faithful this year.

What is the Tribe’s Defensive Philosophy?

Our guy Jay Colley recently interviewed Vincent Brown on his defensive philosophy, shedding light on the Tribe’s new system (if you don’t want to spend the 5 minutes to watch, we’ve consolidated Brown’s key quotes from the interview below).

As mentioned, the Tribe returns several key players across all levels of the defense this season — along the defensive line, at the linebacker spot, and most notably at the safety position. Here are 5 players to watch heading into Week 1 against Lafayette.

This unit has the tools in place to improve upon last season’s numbers, and with new leadership at the helm, the Tribe should benefit from an infusion of new energy and life in 2019.

But time will tell, as the Green and Gold was picked to finish 10 out of 12 teams this season — a ranking they’re sure to use as fuel for the fire this year.