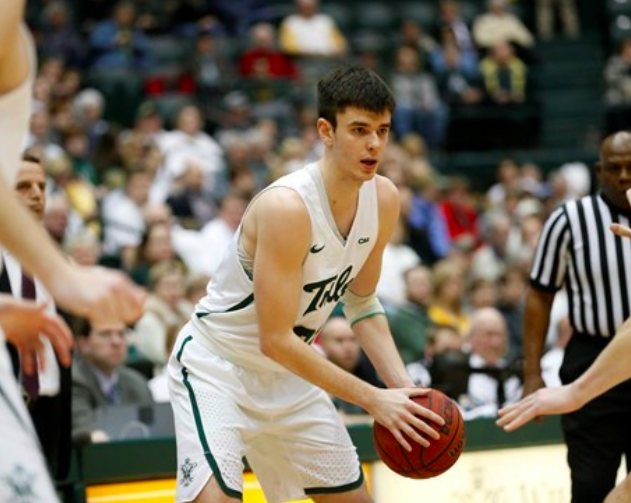 Before we begin, we wanted to let our loyal fans know that we created an Instagram! Follow us at the link: @wmsportsblog. Tell your friends! Roll Tribe Roll. Now let’s get to it.

Last week was another up and down week for your W&M Tribe. In the contest against Elon, W&M shot lights out, and actually should have topped 100 points (had it not been for a lot of missed free throws to end the game). Unfortunately, the team followed up the Elon game with a humiliating loss to Drexel at home.

Up to this point, W&M has held fast atop the CAA standings for the majority of the season. However, with the loss to Drexel, the Green and Gold now finds itself tied for second in the CAA. A team that has benefited from the Tribe’s recent fall is the preseason CAA favorite Charleston Cougars, who have ripped off 6 wins in a row to propel themselves to first place in the conference. This week, W&M will face off against the aforementioned Charleston Cougars before returning home to play Delaware in the highly anticipated Gold Rush Game.

WMSB Analysis: W&M faced off against Elon for the second time in 4 games this past week. The Green and Gold came out firing in this one, shooting an incredible 60% from the field and 57.14% from 3 in the first half. Meanwhile, Elon, a team known for shooting (and making) 3’s like the Tribe, shot just 26.67% from 3 in the first half. With the shooting discrepancies what they were, W&M built a large lead, finding itself up 52-39 at the half. The Tribe was paced in the first half by Justin Pierce (who is averaging 23 points over the last 4 games), who went off for 18 points on 6/7 shooting and grabbed 7 rebounds.

The second half was much of the same. William & Mary held a comfortable 10+ point lead for the majority of the second half, including a 20 point lead with 10 minutes to go. Elon’s 3 point percentage in the second inevitably increased, (67%) keeping them in this one, and even bringing the game within 6 points with 1:20 to go. After two made free throws by Justin Pierce, W&M held an 8 point lead with 1:09 to go. But down the stretch, it wasn’t assuring to see W&M doing just about all it could to give Elon the game. Especially at the foul line.

With the game still close, W&M would miss the first free throw of a 1-and-1. Elon would get the ball back, quickly miss a layup, and foul the Tribe again. Now with 42 seconds on the clock, W&M missed ANOTHER free throw on the front end of a 1-and-1. Elon had another chance to tie it up, but instead missed ANOTHER layup. We feel like a broken record, but after a foul put W&M on the line for the third straight time, W&M would make just one of two free throws. In the span of 28 seconds, during the most important time of the game, the best free throw shooting team in the CAA went just 1/4 on the FT line, including two misses on a 1-and-1. Against a better team, W&M likely loses this one due to those missed FT’s, but would escape victorious in this one. While W&M did indeed pull this one out, we’re hoping the free throw dilemma was an anomaly that won’t happen again. In a tight CAA race where it seems like every game goes down to the wire, W&M will need to prove it can make clutch free throws in order to put teams away moving forward. Either way, solid way against a strong Elon team.

WMSB Analysis: Ugh, do we have to talk about this game? In a contest where Drexel was not supposed to have a chance, the Dragons defeat the Tribe, kicking W&M out of 1st place in the CAA. In fact, Drexel has now beaten W&M 3 of its previous 4 games in Williamsburg, quite a feat considering how well W&M has played at home. Over the previous 4 years, W&M is a combined 45-10 (.818%) at home. Therefore, over the past 4 years, Drexel owns 30% of the Tribe’s home losses. Wow. And let’s not forget the time Drexel beat the Green and Gold at home on Senior Day in 2014 with the CAA Regular Season Title on the line.

Jumping right into it: after W&M led for a majority of the game, Drexel took over with 4 minutes to go, when they would take the lead and not relinquish it the rest of the game. The Dragons went on an insane 21-8 run over the final four minutes, including a 14-6 run in the final minute to seal the deal. Suddenly, a Tribe team that lost just 1 conference game at home last season now has 3 home losses in conference play over its previous 4 home games. In fact, with one more home loss, W&M will have the most home losses it has had since the 2013/14 season.

The defense was the achilles heel for the Tribe in this one (as it has been the entire year). W&M allowed Drexel to shoot over 61% from the floor, including 50% from 3. You aren’t going to win many games if you allow teams to shoot 61% from the field. It is borderline appalling how well teams are shooting against W&M this year. In the Tribe’s 4 previous home games (in which it has gone 1-3), Tribe opponents have shot on average 61.8% from the floor. Really? Improvement to W&M’s defense has to be priority number 1 from here on out.

William & Mary remained number 1 in all major offensive statistical categories. But with that being said, its scoring defense and FG PCT both dropped. W&M is letting opponents shoot almost 50% from the field. As stated, W&M’s defense will absolutely have to tighten up if the team is to have any chance at winning the CAA Tournament, regardless of how good the team’s offense has been this year.

Riding a 6-game win streak, Charleston finds itself alone atop the rankings, firmly establishing its dominance in the CAA. Despite an embarrassing loss to Drexel (even though the Dragons have won 4 in a row), W&M is still in a good place (2nd in the league), just one game behind the Cougars. The most surprising development of the year has perhaps been the play of Elon and Towson. Both teams are just 6-6 in CAA play despite being picked to finish 2nd (Towson) and 3rd (Elon) in the league, respectively. Hofstra continues to lurk just one game behind the Tribe, and perhaps the most balanced team in the CAA, Northeastern, remains tied with W&M near the top.

NEXT UP FOR THE 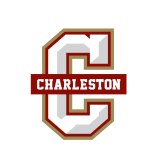