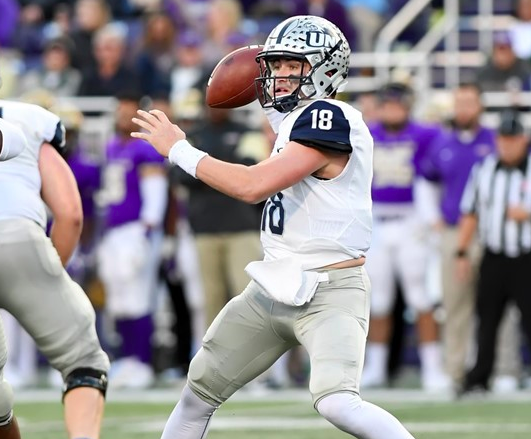 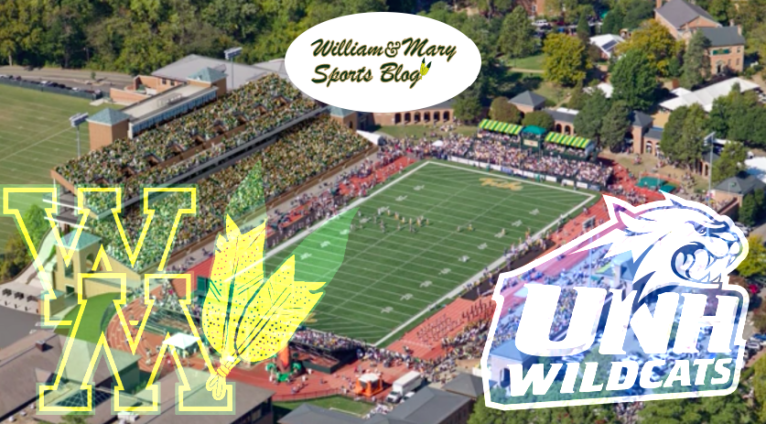 Riding a 5-game losing streak, your William & Mary Tribe will look to right the ship against a top-half CAA foe in the New Hampshire Wildcats this Saturday. The game marks the second-to-last contest within the friendly confines of Zable Stadium, and the first of two home games in a row, before the Green and Gold closes out the season at Richmond.

It’s now safe to say that this has been a year to forget for the Tribe. At this point, and since a playoff run is out of the question, we’re looking for a few key things: 1. What’s going to happen at the quarterback position? 2. Will the Tribe defense continue its strong play? 3. Can the Tribe running game get back on track? — among other things. We did our research, and New Hampshire will prove to be no pushover this Saturday. Let’s take a deeper look at this season’s Wildcats squad.

Going into the year, New Hampshire was picked to finish #4 in the CAA. Right now, the Wildcats actually sit tied for 4th in the league with a 5-3 (3-2 CAA) record; they’re tied with the upstart Delaware Blue Hens, who boast the same exact record. However, it’s safe to say that although New Hampshire has posted some impressive team statistics, they haven’t necessarily ripped of a signature win so far this year. Their wins include triumphs over: Maine (by 1 point), Georgia Southern, Rhode Island, Bryant, and Towson — not very impressive. Conversely, they have posted losses against: Holy Cross, #21 Stony Brook, and #1 JMU. We should note that two out of the three losses that New Hampshire has experienced so far this season have come against nationally-ranked CAA teams. So while this New Hampshire team may be good, it might not actually be great. They’re beatable.

Remember when we mentioned that New Hampshire has posted some impressive team statistics on the season? Let’s check them out:

Oh, we forgot to mention that those impressive statistics only pertain to the New Hampshire offense, and specifically, the passing offense. To elaborate on that point, let’s check out some of New Hampshire’s defensive rankings:

It’ll be no surprise what the Wildcats’ game plan will be on Saturday: throw the ball, play good enough defense, and come away with the win. It’ll be up to the Tribe defense, a stronger than expected unit, to step up and get the job done in Zable. So in what will likely be the matchup of the game, expect the #4-ranked W&M passing defense to turn in a strong performance against New Hampshire’s #2 passing offense.

If the Tribe hopes to win this one, it’ll have to be a low-scoring affair. With the offensive woes W&M has experienced all season long, it’ll likely be up to the defense to keep the Wildcats offense in check. It remains to be seen what will happen for the W&M offense, but the opportunity is there. And we repeat: this is not a good UNH defense. It’s time to get the job done. See you in Zable this weekend — LET’S GO TRIBE!!!