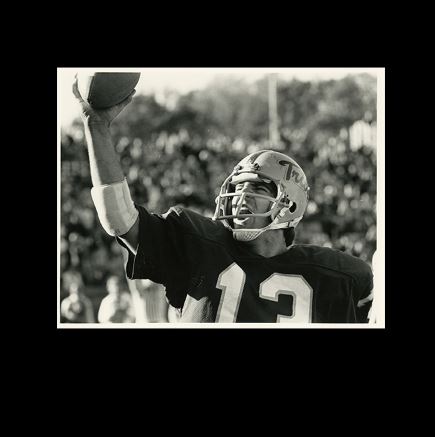 Today, we continue compiling our list of the greatest W&M football players of all time.

Last week, we released our list of W&M’s greatest offensive linemen; this week, we turn our attention to the Tight Ends, listing our top two of all time.

Check it out, and let us know who we missed in the comments! Roll Tribe Roll.

And all of this, while playing at the Tight End/H-Back position. When talking about the greatest W&M Tight Ends of all time, Bodnar’s name has to be mentioned.

Not bad for a former high school Quarterback from New Jersey, who by the way, also garnered interest from Delaware and Syracuse to play at the next level.

But we all know where he wound up.

Checking in at a massive 6’6″ 232 pounds, Bodnar played throughout the 1980s alongside record-setting W&M QB Stan Yagiello.

Bodnar quickly became one of Laycock’s early greats in an era that also featured electric running back Michael Clemons and receiver Kurt Wrigley.

There was perhaps no finer single-game performance for Bodnar than his senior year November game against Colgate. In the contest, Bodnar racked up an astounding 183 receiving yards.

When was the last time a W&M Tight End did that? We’ll wait. Bodnar is, and will always be, one of the Tribe’s greatest Tight Ends of all time.

Mike earned All-America honors in each season he was on campus as a tight end, collecting first team accolades from Walter Camp as a senior.

His junior season saw him catch 58 passes (for 653 yards and six TDs), which at the time was the second-highest single-season total for a TE [behind only Glenn Bodnar].

He brought down 33 passes for 305 yards and four scores as a senior (finishing with 91 career receptions for 958 yards and 10 scores).

He averaged a school-record 44.4 yds/attempt as a junior and finished his career with an average of 42.7 yds over 97 career punting attempts.

Leach, who also was a multiple time Academic All-Atlantic 10 Football Conference honoree, transferred to William and Mary for his junior season after Boston University dropped its football program.

After graduating, Leach taught himself how to long snap and played 16 seasons in the NFL at the position.

Following his retirement from the NFL, Leach went on to call W&M football games alongside Jay Colley. A true lifelong member of the Tribe.