It’s an extraordinary time we find ourselves in. At this point, just about everyone has streamed 1,693 episodes of their favorite content (see what we did there?) — reaching deep into Netflix’s archive. Tiger King, anyone?

On the collegiate front, Spring sports were cancelled. Students across the nation are now “learning from home.” And oh, by the way, universities are now contemplating another virtual semester — this time in the Fall.

But what does all of this mean for William & Mary Athletics?

Over the next couple weeks, we’re setting out to ask (and attempt to answer) the burning questions facing our beloved Green and Gold during the COVID-19 era.

If students don’t come back to campus this Fall, will a potential decrease in student fees (which support W&M Athletics) result in a lower overall Athletics budget?

For those who aren’t aware: William & Mary Athletics derives nearly half its annual budget from student fees. Each student, as a part of his or her tuition, must pay this fee — as mandated by the school.

According to a Flat Hat article written in August 2019:

For the 2018-2019 academic year, every student paid $1,992 for the intercollegiate athletic fee, which earns the varsity athletic programs over $15 million in funding. The fee increased by $92 from the 2018 fiscal year, and students enrolled for the 2019 fall semester will make an initial payment of $1,992.

“In boldly pursuing excellence, we expect to mirror the university’s academic achievements through championship athletics.

In other words, winning the William & Mary way…Currently, approximately half our $27 million budget comes from student-fees, and strong consensus exists across the entire university that our focus should be on growing other sources of revenue.

Slightly less than half of W&M Athletics’ budget comes from private funding, ticket and corporate sales, and other sources.”

“Compared to our peers, W&M Athletics is far less reliant on student fees than other FCS institutions in Virginia.

This is largely due to the generosity of alumni and donors who continue to invest in our program.

At W&M, student fees go directly into operational costs of the department, particularly for sports that are less able to generate revenue…

Our top priority will always be funding scholarships for our student-athletes though we also expect a great deal of fundraising emphasis on revitalizing Kaplan Arena into a fitting home for the department and better resource for the university.”

If students are not on campus this Fall (football and other Fall sports are all but cancelled in that scenario), it only seems fair for students to be reimbursed for certain tuition fees that they won’t be able to take advantage of on campus.

Some examples of these items include: intramurals, gym access, student clubs, library access, and a litany of other “in-person” items.

If intercollegiate athletic fees are included in this list remains to be seen.

So, if the student intercollegiate athletic fee is included in any potential decreases, what could this mean for W&M Athletics?

As Pete Clawson mentions above, W&M Athletics is relatively less dependent on student fees than other FCS schools. And that’s a very good thing. 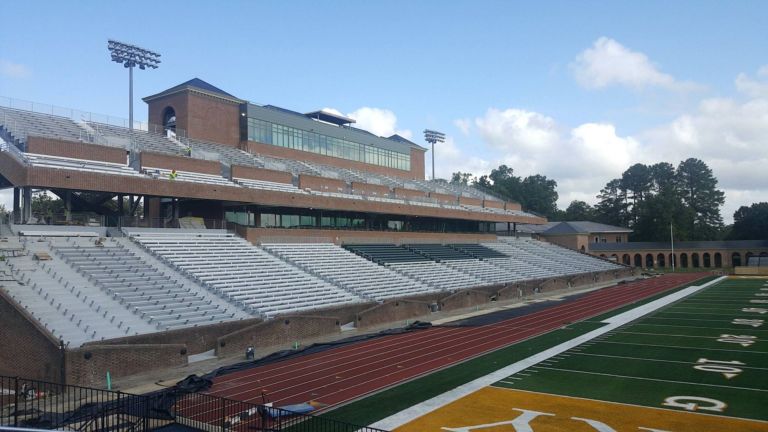 But now, more than ever before, athletic fees are needed to keep W&M Athletics afloat.

Without them, approximately half of the Athletics Department’s budget could be at risk (read: student athlete scholarships, athletic facilities, coaches’ salaries at risk), which would need to be covered through other means — namely, alumni donations.

Of course, it’s likely a near-impossible task to ask for upwards of $15M (or more, if football revenues can’t be realized) from alumni alone in just one year’s span.

If I’m W&M Athletics Director Samantha Huge, I’m fighting like hell to keep as much of this money as possible, knowing how much it means to student athletes, to alumni, and to sustaining the larger athletics program as a whole.

At the same time, it’s imperative that the rift between students on campus who oppose athletics and the Athletics Department overall does not widen during this process.

The school will not want to be viewed as prioritizing its sports teams at the expense of the common student, whose family may be struggling to pay tuition during this time.

It’s a fine line, undoubtedly so, but one that Huge and W&M President Katherine Rowe will likely have to walk over the coming months.

Suffice to say, William & Mary has maintained an athletics department for over 100 years. We don’t see the school turning its back on the program and its student athletes now, but we certainly don’t envision an easy path forward for the school as a whole.

Keep an eye on these developments, because it’ll likely play a pivotal role not only here in Williamsburg, but also across the country in the not so distant future.