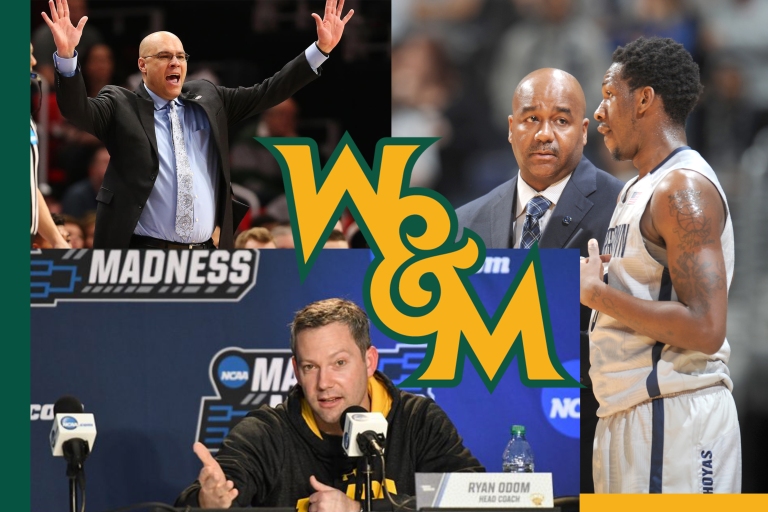 With the program moving on from former Head Coach Tony Shaver, W&M Athletics’ leadership team has its work cut out for them.

It’s the delicate balance of taking the time to find and vet the right person, but making sure that you’re doing it quickly enough so that the rest of the team and your recruiting pipeline doesn’t completely fall apart.

With that being said, there are several candidates that have the potential to build on the program’s success, and even improve upon it moving forward; below, we outline three of those high-profile candidates. Let us know your thoughts, and roll Tribe roll!

W&M Sports Blog Take: John Thompson III has an incredibly strong track record; before falling out with Georgetown, he brought the program to 8 NCAA Tournaments and 3 NITs. His teams qualified for postseason play in 11 out of 13 total seasons — experience that W&M leadership is obviously looking for in its next coaching hire.

The direct connection to W&M is apparent, with W&M’s current AD Samantha Huge having worked with Thompson III at Georgetown during her tenure in Washington. This move would also be very similar to Huge’s recent hire of W&M football’s Mike London — as both London and Thompson III are slightly older, more experienced, and coming from “larger” program experiences.

We also like that Thompson III has experience recruiting to high-caliber academic institutions, having both played and coached at Princeton, before of course coaching at Georgetown.

Moving forward, Thompson III recently indicated that he’s ready to return to a Head Coaching role, but questions remain on how interested he’d be in coaching a smaller program such as W&M.

W&M Sports Blog Take: Who could forget UMBC’s magical NCAA Tournament appearance last season — the first ever #16 seed to take down a #1 seed (yes, the victory came against UVA…#NeverForget). It’s almost surprising to us that Odom wasn’t snatched up by another program immediately following last season, but he remained with the Retrievers this year.

His team would again post a 20+ win season in the 2018-19 campaign (21-12, 11-5 AEC), before falling to Vermont in the conference’s championship game. As mentioned above, Odom actually played under former W&M Head Coach Tony Shaver at Hampden-Sydney, as Odom actually graduated as the school’s all-time leader in three-point field goals and 4th in assists.

With that being said, we have questions about an Odom-like coach using W&M as a “stepping stone” to bigger things, but that’s unfortunately part of the deal now that Shaver is gone. Odom would also have to learn how to recruit high-caliber student athletes to W&M, which is something he likely isn’t used to given his prior experience; either way, this would be an exciting hire for the Tribe.

W&M Sports Blog Take:  You’d be hard-pressed to find another coach with a better upward trajectory than Bucknell’s Nathan Davis. Having first coached at his alma mater, Randolph-Macon, before making the jump to D-I hoops, Davis has brought immediate success wherever he’s gone.

Coaching in the Patriot League at Bucknell, a league that emphasizes academics above all else, Davis has turned the Bison into perennial contenders. The Bison qualified for the NIT in his first season at the helm, before ripping off back-to-back NCAA Tournament appearances after winning the Patriot League two years in a row.

And they nearly did it again: this season, the Bison finished 21-12 (13-5 Patriot), before falling in their conference championship to Colgate. Davis would have no problem making the adjustment to recruiting at W&M, given his success at an academically-oriented school such as Bucknell.

The only problem will be, can W&M contend with other big-time offers that Davis is likely to receive this offseason? Time will tell.