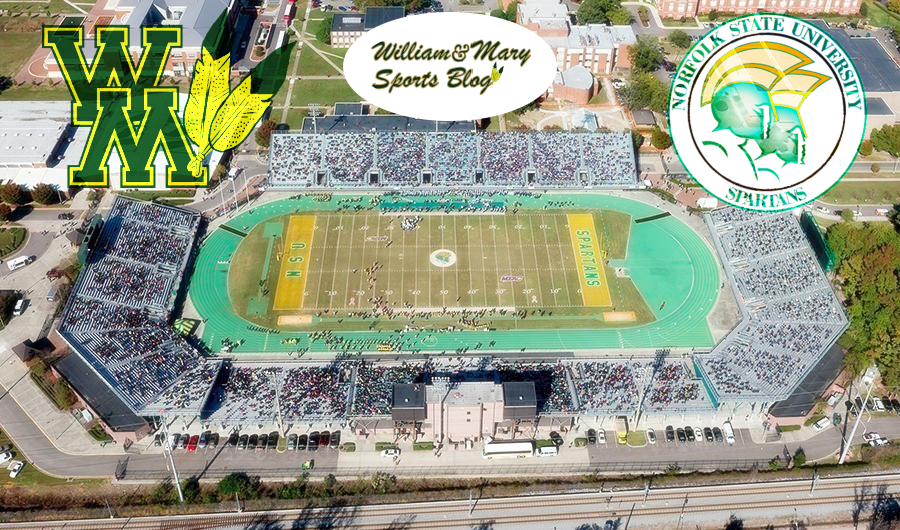 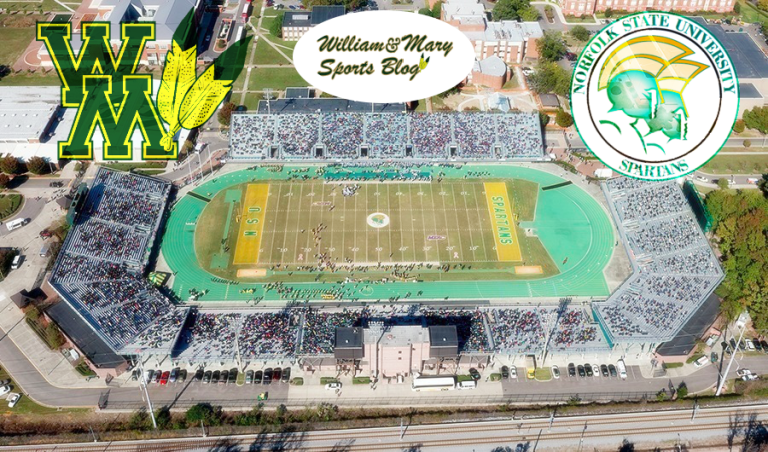 Last week’s game against UVA went more or less as expected. The offense didn’t produce much, the defense held its own, and the special teams game was shaky. There were definitely some bright spots though. Tommy McKee showed his ability to run and function as a dual-threat QB (remember Raphael Ortiz?), the William & Mary rush defense gave up less than 100 yards on the ground, and Kris Hooper connected on an impressive 41-yard field goal.

This week, W&M turns to its next in-state opponent: The Norfolk State Spartans. The Tribe has had success against Norfolk State in recent years, and we expect nothing less this Saturday. There will be much to improve upon following last week’s Season Opener, and we believe the team will be up to the job.

A season ago, W&M faced off against Norfolk State in what was the unveiling of “new” Zable Stadium. The stands were rocking, the Tribe rushing offense exploded, and Zable stadium never looked better. The Spartans actually scored the first TD of the game, as the QB ran 26 yards for a touchdown to open the contest. The Tribe would respond in a big way, scoring the next 21 points, taking a 21-10 lead into half.

While then-quarterback Steve Cluley didn’t play particularly well, the Tribe rushing game was dominant in this one, going off for 277 yards on the ground and 5 touchdowns. And oh yeah, that was without star running back, senior Kendell Anderson. In his stead, freshman phenom Albert Funderburke tore it up (boy, do we miss him already), rushing for 137 yards and 3 TDs, including a 57-yard TD in the second half. Jonathan Dunn also played well, finishing with 89 rushing yards and 2 TDs.

There isn’t much we can deduce about Norfolk State on tape this season, since they’ve only played one game. However, we do know that they finished last season 4-7 (3-5 MEAC), 7th (out of 11) in the conference. We also know that they dropped their Season Opener last Saturday to a Division II team in Virginia State. It was close, but still — Division II?! After a fumble recovery for a TD in the second quarter, the Spartans held a 10-7 lead going into half. However, they were stymied in the second half, losing by a score of 14-10.

Norfolk State graduated their QB Greg Hankerson last season, and will look to a new player under center this year. Much like the Tribe, Norfolk State played two QB’s in their first game (although one could hardly say W&M QB Brandon Battle played a significant amount of time against UVA). Despite their offensive woes, the Spartans defense appears strong, with three players receiving all-league preseason honors. Against Virginia State last weekend, the unit forced two interceptions, three fumbles, and had a fumble recovery in the endzone for a TD. This will be a good early season test for the Tribe offense.

It might be close early, but W&M will get back on track this week against an overmatched Norfolk State team. LET’S GO TRIBE!!!