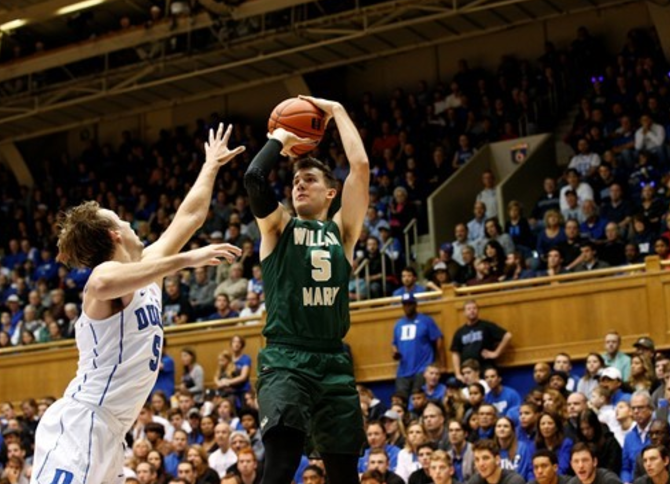 William & Mary is now 9 games into the regular season, sporting a 5-4 record. It’s crazy to think that 1/3 of the season is already over! After a 13 day break for final exams (students, aren’t you happy they’re over?), the Tribe has gone on to play 2 games in the last four days against Milligan and Savannah State. The team is really beginning to get back to form following the long break; they will need it too, as they face off against two strong teams in Rhode Island and ODU in the coming week before opening up CAA play on New Year’s Eve.

Below, we analyze the previous two games against Milligan and Savannah State, and give you a look into what is going on around the CAA! Roll Damn Tribe. 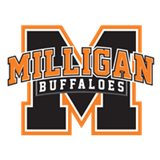 Immediately following the aforementioned break for finals, the Green and Gold hosted the Milligan Buffaloes, a Division-III basketball team. It was good for the Tribe to play Milligan following so many days off to get back in the groove of things. Head Coach Tony Shaver went with a different starting five, as freshman Nathan Knight and junior Connor Burchfield saw their first-ever career starts.

As expected, the Tribe dominated the contest, as it was really never close. W&M came out firing on all cylinders, going on an insane 21-0 run to start the game. The team also went on a 21-2 run to finish the first half to finish with a commanding 68-23 lead into half. The Tribe continued its dominance in the second half and ended up winning by a score of 113-59. Solid overall showing, and a great way to get back on track following a bad loss against Hampton before final exam season.

A few things to note from this game: Connor Burchfield had his best shooting night of the year, going 7/11 (including 6/8 from 3) for 20 points. Greg Malinowski appeared to get back to form after an offseason concussion held down his minutes to start the year. Malinowski went 7/14 shooting and also added 20 points. Freshman Nathan Knight had his first career double-double, and was just 3 blocks away from a triple-double. Knight went 4/6 shooting for 14 points, 10 rebounds, and 7 blocked shots (fourth most in WM history). Paul Rowley also secured his first ever double-double, adding 14 points and 13 rebounds.

The most concerning part of this game was that Senior Jack Whitman did not play. After it was announced that big-man Hunter Seacat was transferring to Appalachian State, the pressure was on for the Tribe, as they now only have two true big men in Whitman and Knight. Not having Whitman on the floor at all in this one was a bit concerning, but he was thankfully returned for the Savannah State game, so no worries Tribe fans!

Fun facts: William & Mary scored the second most points (113) in school history, posting the largest margin of victory in Kaplan arena history (54 points). W&M’s 68 first-half points marked the most points scored in a half in program history. 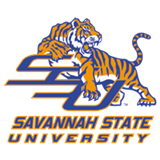 Wow. After a game in which the Tribe put up the second most points in school history, it would be followed up with 112 against Savannah State. Going with a different starting 5 that began with Daniel Dixon on the bench and Connor Burchfield starting his second game in a row, the Tribe jumped out early and never trailed the entire game. Led by Omar Prewitt‘s 21 first half points, William & Mary took a 59-34 lead into the half. The second half was much of the same, as the Tribe led by as much as 32 points before winning the game by a score of 112-85.

The last two games mark the first time in William & Mary history that the team has scored over 100 points in back to back games. Quite a feat for Coach Shaver‘s team, regardless of the competition. The Savannah State game featured a ton of offense, as the Tribe made a school-record 19 three-point shots, which is also the 3rd best in CAA history and 6th best nationally this year.

Below is a video of every single one of the record-breaking 19 three’s scored by the Tribe, courtesy of CAA Sports. Enjoy.

The CAA currently has 7 teams over .500, including your Tribe. The league is led by UNCW, who yet again appears to be the class of the league. Despite being picked to finish 7th in the CAA, Northeastern has certainly impressed. Sitting at 6-5, they have victories on the road against powerhouses UConn and Michigan State. What is happening in Boston?! Moreover, the Huskies have also only lost their 5 games by a combined 17 points (3.4 average), so they have been in just about every game this season. Elon has also impressed. Picked to finish 8th in the CAA, the Phoenix currently sit at 7-4, and have a very close loss (77-74) over traditional basketball powerhouse Georgetown.

Basically, what we are saying is, the CAA is again strong from top to bottom. William & Mary will need to be on its “A” game every night, as the CAA will be a dog fight until the bitter end.

Next up for the Tribe 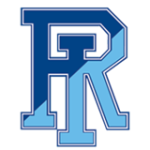